An Evening With The Softies 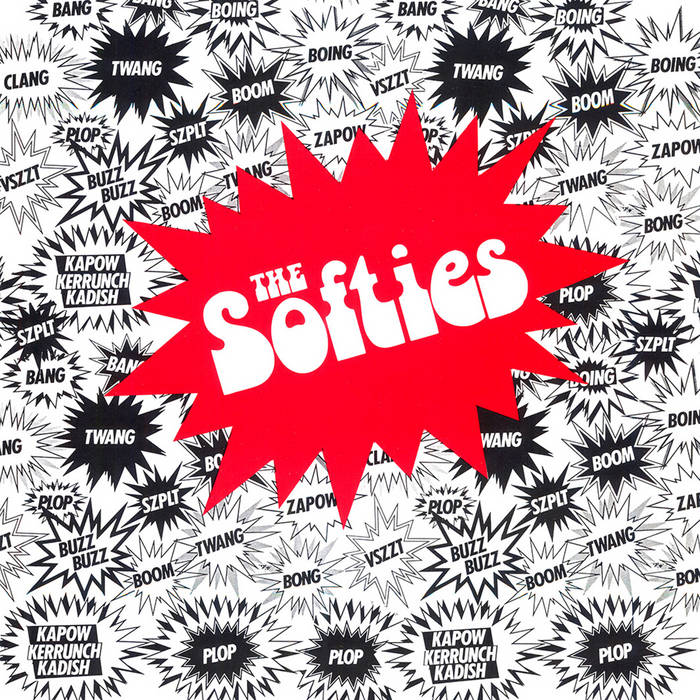 After the Corporals finally broke up (1981), Herbie, Henry and I started jamming a few of Herbie’s songs. We both had this plan to write clever pop, we were listening to a lot of the brit-pop ous at the time, (Haircut 100, ABC, Dexy’s, The Jam, etc). “Don’t Turn out the Lights” was one of them, we used to play it at like dance floor tempo. We did a couple of gigs in Springs as a 3 piece, I remember a wild garage party with Hogs Norton that ended in tears. Then Shorty Coetzee pulled in with a baritone sax (baggy 1950’s big band suits, moustache, sunglasses, and fedora), he was in The Light Horse Band, and he brought Hanepoot and Leon (also in The Light Horse) with him one afternoon. Shorty also played bass for one of Jonathan’s pre-Rats’ bands, called Slither. He always had a car full of ladies, was a bit of a mystery to the rest of us. Anyhow then we had this brass thing going. Jannie looked about 12, Leon looked like James Dean, Shorty looked like he probably had a machine gun in his horn case. Then around this time, Henry was killed at the mines, fuck it was awful. So it all ground to a halt for a bit…Herbie started seeing the Swedish Viking Princess Anne (Herbie also left quite a long trail of broken hearts behind him), and was going off to Sweden. Then Herbie and I recorded Mission to Cairo and Rope without Slack and a few others, just the two of us and Lloyd’s drum machine.

And then he fucked off to Sweden.

So, then I started The Softies again with Paul Strachan (drums) and Van (bass) from The Worst Blues Band in The World and my then-wife Tracey (keys) and Leon on tenor and Jannie on the bone. We did a few residencies at The King of Clubs and other lefty spots in Yeoville, toured to Cape Town. James Phillips came along on that tour. We’d been booked by Travis, the chef at Jameson’s, to play at the Port St Johns hotel on the way down, but Mapantsula beat us to it. There’s a pic of us floating around on Facebook smoking a monster spliff on the lawn at Justin’s place just up the coast, where we finished up for a few days. We really weren’t very good. Van was so tone-deaf, he played music in the same way that he approached math. One night at Kings of Club I announced “Glitter Girls” and he started playing “How can I miss You if You won’t Go Away”; I stopped the song, said to Van “Glitter Girls Van”; we started again, he did the same thing. So, we all just started playing what he was playing. He never even realised his mistake he was like “What?” afterward. We had a moer of a lot of fun though. I miss Van big time. James was kind of between James the Boptist and The Lurchers at the time, he used to get up and play quite often with us, play guitar and sing harmonies, cos none of the other ous in the band could sing. I’ve got a pic of James and I at a festival at Kontermans Kloof from that tour somewhere, it was one of our better sets; Robbie Robb came up to me afterward and said “You skiem you James Brown or what?” – wasn’t quite sure if it was complimentary…around this time we recorded “Whitey” for the Forces Favourites compilation.

In 1985 we recorded 'An Evening with the Softies' which was more or less the two sets we were playing at the time. About half of it was still Herbie’s songs, the other half was mine. By now we were playing “Don’t Turn out the Lights” as a slow kind of cheek to cheek affair. Leon and Paul Strachan had left us, Chris Lehman replaced Paul on drums, we had Winston Nyaunda ex-The Dynamics on sax and Jannie still playing bone. Playing “lights “at the slower tempo made for a great sing-along chorus, bit of a crowd-pleaser, especially at Jamesons. On the recording the backing vox are Roger Lucey, me and James, Ian Herman on drums…Lloyd had to replace quite a few of Van’s bass tracks as I recall! Shifty put it out on cassette only to begin with and then the vinyl EP came out a bit later. “Slipping away” did fairly well on 5FM for a bit; we did The West Coast Cooler tour with the Lurchers…had to smuggle Winston into the Shelley Beach Caravan Park as our security guard during that tour, no black folk allowed there, sheesh the ’80s were kak. Winston paraded up and down for a while doing a fake march, it was quite funny…on that tour, I used to get up and do a couple of tunes with The Lurchers on keys, and James would join us for a few tunes as well. Shortly afterward I joined The Lurchers full time, and that was the end of The Softies.

Herbie and I got to play “Don’t Turn Out the Lights” and “She’s not My baby” a couple more times when he came out here with one of his Swedish mix-ups, called Tuckers Lille Kapel. The Hips and Tuckers tour – Joburg and Cape Town – 2014? Another riotous assembly. Finished up with Dave Davies meeting up with us at that club with the wooden bowling alley in Cape Town. Riotous versions of ZX Dan, Lights, She’s Not My Baby, Law, and Order, Jannie pulled in…it was a jol. Going to miss Herbie a lot. And Van. And James. And Henry. And Winston.