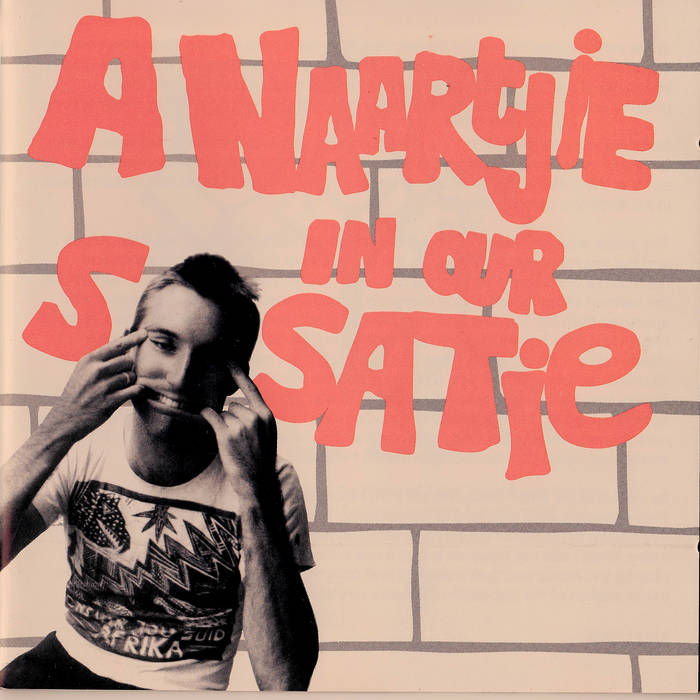 This is a musical documentary of 10 different bands/artists recorded over the last 6 years. All have one thing in common — they show concern about the situation they find themselves in and comment on it through their music.

01. The Promise: Timothy (rec. early ’83) After a perilous journey from the Transkei via Sterkfontein, Timothy found his way to Shifty through street connections of what was left of the “Wake” legacy. He did not have a backing band nor could he play an instrument so getting together the music was not that easy ( he also kept on disappearing), but it was done, and ‘The Promise’ is one of the results.

02. International News: National Wake (rec. early ’80) “A song reflecting the peculiar South African custom of reading news of SA military activity only as reported by international news agencies, as local press not allowed to report such.” So quoth former member of National Wake ‘a maverick band that appeared out of nowhere in ’79, having mixed origins, survived for three years and disappeared finally after the release of their debut album’ “NATIONAL WAKE”. Recorded live onto 2 tracks at Satbel Studios.

03. Cara Monia: Stan James Recorded live at the marvelous ‘After the Thunder’ concerts held at the Market Theatre in late ’83.

04. Darky: Corporal Punishment (rec. ’79) 4 track recording of the greatest band to walk the asphalt of the Far East Rand. Asked recently to comment on that period, an ex-Corporal was heard to say “At the time we just knew the revolution was coming tomorrow. That was seven years ago so you can imagine how chose it is now”. Released one EP 7.

05. Uhuru: Sankomota (rec. Sept ’83) from Lesotho The core of this band toured South Africa as Uhuru in ’78 and halfway through the tour were kicked out of the country (no reasons given). They have since not been allowed back (no reasons are given), consequently, this song had to be recorded in Maseru. Released one LP, available from Shifty.

06. Storms and Fires: Roger Lucey (rec. late’83) Another song from the ‘After the Thunder’ concerts, this one by a man with a long history in SA ‘protest’ music. Recorded two LP’s one of which is banned.

07. Spies: Joe Azania and the Chameleons (rec. early ’83) Says Joe, “This song is a hysterical ‘paranoia’ release mechanism after my frightening experience with a gang of policemen led by a 250 lb sergeant perched in a tree outside the ‘smoking room’ of a now-deceased Parktown mansion. After concealing himself amongst the bantams for 4 hours, he (the sarge) finally led an assault on the inhabitants releasing so much hysteria amongst all concerned (inhabitants and police alike) that he finally departed with the gang around 6 am (beat finished) blatantly ignoring incriminating evidence”. The group consists of the management and early robot machinery of an infant Shifty Studios, then situated in the said smoking room.

08. Survival: Desert Moves A university-based band circa ’83. This song was lifted from a demo.

09. Hou My Vas Korporaal: Bernoldus Niemand (rec. ’83) unabridged version First offering from this enigmatic character, written when he was doing his compulsory military training. Here’s another East Rand joller/part-time thinker that simply has to be watched—probably Shifty’s Easter release (Bernoldus has completed an LP).

10. Prayer for Civilization: Kalahari Surfers (rec. ’84) “The role of the chaplain in modern military establishments can never be over-exaggerated. His constant reinforcement of the political ideology through the word of God is a formidable weapon of indoctrination. Those sane and civilized prayers before a bizarre military maneuver provide the ‘men's ma’, the mental environment, necessary to ensure teenage soldiers keen and obedient participation. One dusty morning on a parade ground in Voortrekkerhoogte I heard a chaplain extol the virtues of obedience. He explained in all seriousness, how the ancient laws of God came down to us from heaven via the government, the army, our commanding officer, and eventually found their way into the hands of the numerous, sadistic, little boy corporals who were in charge of us. The gist of the chaplain's discourse was that to disobey, even ones’ corporal, was tantamount to disobeying GOD. The frightening thing was that 90% of the people around me believed him.

Almost everything in our country begins and ends with a prayer; television and radio broadcasts, parliament, military parades, and speeches, even school sports day begins and ends with a prayer. Atheism is no different from communism; and anyone who is not in agreement with Afrikaaner Calvinist policies is communist and part of the total communist onslaught against this country. Sundays, obviously therefore, are sacred. One is not supposed to buy or sell non-food articles such as the occasional blank cassette or a tube of toothpaste. The radio and television stations broadcast hours of boring religious programs and church services. Sundays are hell. When I think of religion I think of control, of selfishness, of the determined will of a few to survive in a paradise at the expense of many. When I think of God I think of all those prayers He gets before major military undertakings such as the destruction of Hiroshima and Nagasaki, Cambodia, Falklands, Lebanon, etc. to mention a few. The colonialization of half-world had the Lord's blessing. More recently the Lord helped with Operation Palmiet_ when South African troops moved into a black township near Johannesburg to help police maintain ‘law and order’. The 6th commandment should read ‘thou shalt kill.’ This would undoubtedly make the chaplains task a lot simpler.” – THE KALAHARI SURFER.